It is the first sequel to the 1987 film, Five Nights at Freddy's. Though the film appears to be a sequel in the title, it is chronologically a prequel, taking place in the year 1987, several years before the first film.

Set in 1987, years before the events of Five Nights at Freddy's, the new and improved Freddy Fazbear's Pizza holds its Grand Reopening with old and new faces! Freddy Fazbear, Bonnie, Chica, especially Foxy, have returned as super kid-friendly animations (who, in fact, are programmed with facial recognition and advanced mobility) to entertain kids and grown-ups alike!

Jeremy Fitzgerald, the new security guard, is hired at the pizzeria and accepts the job. But, little does he know what's to be in store for him at the pizzeria when it comes to the new and improved animatronics, as well as the dark secrets that lurk within the pizzeria itself.

During the first night on the job, Jeremy meets face to face with all the Toy Animatronics. They use there facial recognition and all come to the same conclusion...That's a criminal. They then sing the song "That's a criminal", and Jeremy books it out of the building.

Jeremy then says hes not gonna go back, however, it dawns on him he needs the money, and goes back the next night.

On his second night, Mangle gets in the office and plays with him such as throwing, wrapping, annoying, and insulting him. On night 3, Toy Chica and Toy Bonnie get confused when Jeremy pulls down the freddy mask. On night 4, we finally see the original gang, more broken, both looks and emotionally. BB then comes to them saying they found a criminal and wondering if they will help. They see Jeremy, and his purple uniform reminds them of The Purple Guy, so they agree. On night 5, Jeremy gets harassed by the animatronics, constantly switching between the office and the animatronics talking. By the end of the night, the Toy Animatronics realize they were trying to get Jeremy for completely different reasons, and coming to the conclusion he cant be a criminal. Same goes for the original 4 animatronics. Golden freddy however doesn't feel any sympathy, and still very angry about what happend, he disappears. The rest apologize and Jeremy accepts. They all have a big and fun party afterward.

However, mangle isnt quite happy that shes still broken, and has no one to blame, so the following day, (In a sequence of shadows) Mangle bites one of the children, and the restaurant closes, leaving a tearful goodbye to everyone. The original 4 get shipped to the new freddy's afterward.

The film was released exclusively for video release on February 14, 1992.

Walt Disney Home Video released the film on VHS in September 1994. It became one of the fastest selling home video sales of the year. It achieved the rank of becoming a cult classic, much like it's predecessor.

The film was praised for it's groundbreaking comedy, tribute to the 1980's with aesthetics and scenery, and fleshed out story that follows up with the first film perfectly.

The site's consensus reads, "Five Nights at Freddy's 2 presents to audiences lively songs, nostalgic atmosphere, the return of old characters and arrival of new ones, and the unprecedented comedy they wouldn't expect to see the first time. A sequel like this reminds us the adventure is still fun the second time around." 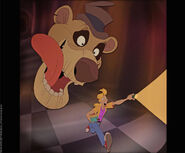 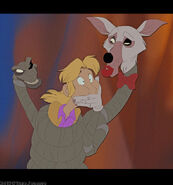 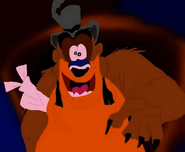 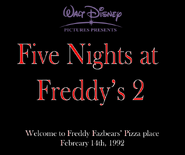 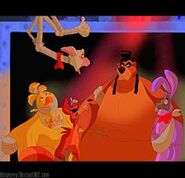 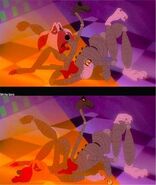 Retrieved from "https://disneyfanon.fandom.com/wiki/Five_Nights_at_Freddy%27s_2?oldid=136981"
Community content is available under CC-BY-SA unless otherwise noted.