When several disney fans convince the Disney company to bring back House of Mouse, Disney's All New House of Mouse began in 2020.

Snow White and the Seven Dwarfs

Song of the South/The New Adventures of Brer Rabbit

The Sword in the Stone

Beauty and the Beast

The Nightmare Before Christmas

The Hunchback of Notre Dame

The Princess and the Frog

Wreck-it Ralph and it's spinoffs

Pirates of the Caribbean

Adventures of the Gummi Bears

For all the gags in the show, See click here

In the first episode, Mickey introduced the Wheel of Youngtoons, a wheel that when the spinner lands, they show a cartoon about the youngsters. click here for a list of who has spun 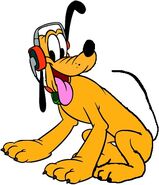 Heartfilia Macpoodle
Add a photo to this gallery 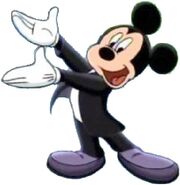 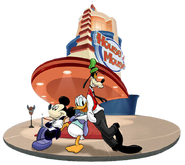 Mickey Mouse and Friends
Add a photo to this gallery
Retrieved from "https://disneyfanon.fandom.com/wiki/Disney%27s_All_New_House_of_Mouse?oldid=132898"
Community content is available under CC-BY-SA unless otherwise noted.